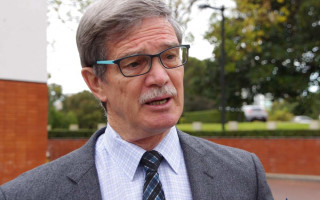 The WA Prison Officers’ Union said the State Government’s decision to impose a hiring freeze in the public service could have serious consequences for the state’s prison system.

As part of its Mid-year Review, the government announced an immediate six month recruitment freeze across the general public service, with the exception of teachers and police.

“This freeze comes out of the blue and we haven’t had the chance to discuss the potential effects with the Department of Corrective Services,” he said.

“WA’s prisons are already overflowing, and the prisoner population is increasing at an alarming rate.

“As it stands, we believe we are significantly understaffed and we understand the Department was intending to run more training courses early next year.

“We want to know what happens to those people who have already been accepted for training. Will they still be hired at the end of it?”

Mr Welch said many of the state’s prisons had to be locked down at various times throughout the year because not enough prison officers could be found to operate the prisons safely.

“We have had many instances where prisons have been 30 or 40 staff short on any given day,” he said.

“We need more prison officers, and we need them now.

“If we have to wait for another six months, we could find ourselves in the situation where prisoners are locked down for days at a time because there aren’t enough staff to operate the prisons.

“That could create a dangerous environment within prisons, which could be a serious hazard for our members.”