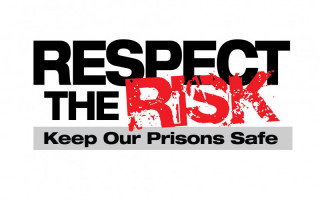 The WA Prison Officers’ Union has condemned the mismanagement of staffing at WA prisons, following a report by the Inspector of Custodial Services into Eastern Goldfields Regional Prison (EGRP).

The report highlights the issues WAPOU has been fighting for since the new unused units at the prison were built in 2016.

In 2019, EGRP officers walked off the job over staffing shortages and recruiting. More than two years on and the government and department have failed to act to fix the problem.

WA Prison Officers’ Union Secretary Andy Smith said the report has only confirmed what the union has been calling for since 2016.

“It is a complete mismanagement of staffing, which has resulted in excellent prison facilities sitting empty and being wasted,” he said.

“The infrastructure at EGRP is some of the best in the country and it sits empty because the department has failed to staff it.

“What’s worse, is not only the department ignoring this issue and not addressing the current staffing problem but it’s also now amplifying it, by attacking regional officers’ conditions and allowances.

“It’s not rocket science to understand, prisons in regional areas, particularly Kalgoorlie, need to provide incentives to compete with pay and conditions that are provided by mining and other highly paid industries.

“Instead, the department is attacking conditions and taking away allowances such as charging officers for furniture in Government Regional Officer Housing (GROH), adding an additional $1,700 a year to their living costs. This means that this additional cost completely wipes out the $1,000 government mandated wage increase.

“As the report suggests the department needs to address the high turnover of staff at the prison, as it is impacting the capacity, consistency and quality of services delivered to prisoners and the community. It’s only going to get worse and I won’t be surprised if we see another serious incident like we did in Greenough.

“Unfortunately, this isn’t just an issue in Kalgoorlie. Prison staffing shortages are extremely concerning across Western Australia. The WA Government has failed to budget for adequate staffing in our prisons systems.

“Now is not the time to be adding costs to staff offering to work in hard-to-staff regional prisons, we should be looking to increase these incentives, not kick staff in the guts.

“We’ve just seen the devastating consequences of mismanagement of staff in our health system and we know we are going to see more violence, riots and possible deaths in our prison systems if the staffing problem is not addressed,” Mr Smith said.