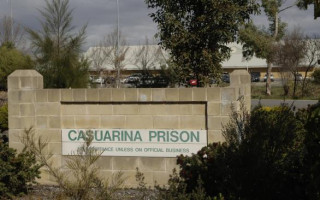 The WA Prison Officers Union has welcomed the State Government’s announcement of a further $120 million capital expenditure (equivalent to an additional 672 beds) in the Western Australian prison system.

“We welcome today’s announcement from the State Government, and the additional capacity it will deliver to the WA prison system,” said Mr Welch.

“WA’s prisons are chronically overcrowded and these extra beds will help ease the pressure on the State’s prison system.

WAPOU Secretary John Welch also acknowledged that the State Government were having to manage the challenges of overcrowding under the difficult financial circumstances it inherited from the previous State government.

“The State Government should be commended for not only recognising the serious overcrowding problem in our prison system, but for also taking action to try and deal with the problem, even under difficult budgetary pressures.

“This is in stark contrast to the previous Liberal National State Government who oversaw outsourcing and failed to properly plan for the growing prison population. They did nothing to deal with the chronic overcrowding in WA’s prisons, all the while managing to wreck our State’s finances.” concluded Mr Welch.