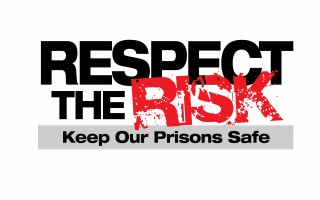 The WA Prison Officers Union is calling for the government to respect the risk prison officers
face after an officer was left hospitalised at the weekend.

The male prison officer was attempting to handcuff a male prisoner on Saturday when he was
grabbed and knocked to the ground.

The attack happened at Bunbury Regional Prison with the officer having to undergo a six-hour
reconstructive surgery on his shattered elbow.

WAPOU Secretary Andy Smith said the officer was forced to restrain the prisoner without the
safety of pepper spray.

“This is just the latest example of how short-staffed and ill-equipped our prison officers are.
Capsicum spray has recently been removed from prison officers’ personal protective equipment
at Bunbury Regional Prison. It’s now only supplied if officers request it. Essentially you have
to ask, and then someone else decides if you should or not,” Mr smith said.

“This is completely unacceptable; the government fails to respect the risk prison officers face
and the more it attacks officers’ conditions the more violent incidents we will see.

“It’s a case of the government prioritising saving money above prison officers’ safety.
“Right now, every jail in the State is understaffed and officers are not being provided with a
safe work environment.”

Mr Smith said Bunbury in particular was still being treated as a small regional prison.

“Bunbury Regional Prison is a multi-security prison. The Department of Justice however treats
it as though it is not as dangerous as the likes of Hakea or Casuarina but that is simply not true.

“Bunbury’s new 160-bed unit takes the muster of the prison to 500. With that population size,
it needs to be treated as a maximum security.

“If the government continues to disregard the risk prison officers face, we are only going to see
more violence in our prisons,” Mr Smith said.

The injured officer is now slowly recovering at home and will require considerable
rehabilitation.