Prisoners ‘one fence from freedom’ in Acacia riot 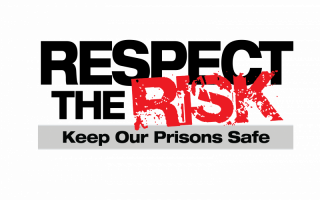 The WA Prison Officers’ Union says prisoners at Acacia came within one fence away from freedom during a prison riot last night.

A riot broke out when prisoners with COVID were being moved into a different unit.

Three prison officers were sent to hospital at St John of God Midland after extracting staff who were trapped in the prison control room. The Union is awaiting an update on their condition.

WAPOU Secretary Andy Smith said one of the injured officers had been struck by a projectile which was thrown by a prisoner during the riot.

“We know prison officers were finally able to leave Acacia between midnight and 3am, and it’s likely they will be unable to be back on shift today,” Mr Smith said.

“Prisoners managed to get their hands on tools, set multiple fires and get within one fence away from freedom.

“The aftermath of this riot will be that Acacia will be even more desperately short staffed today than it was yesterday when prisoners ended up on the roof and setting fires in cells.

“WAPOPU has repeatedly warned that Acacia remains horrendously understaffed and that greatly diminishes the ability to quell incidents of the magnitude that we saw last night and into the early hours of this morning.

“This situation was entirely predictable due to shocking staffing levels and poor morale, and has now hit boiling point.

“Serco needs to stop putting profits ahead of safety and ensure there is enough staff to control the number of prisoners.”