Report finds overcrowding continues to be a problem at Casuarina Prison 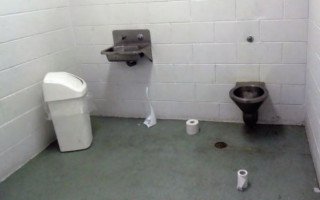 The WA Prison Officers’ Union has echoed the concerns related to overcrowding at Casuarina Prison that were raised by the Inspector of Custodial Services in his independent report tabled in State Parliament today.

The report by the Inspector of Custodial Services found that despite the professionalism and can-do attitude of prison staff, the high prisoner numbers and a surge in remand prisoners meant that Casuarina Prison was not able to meet expectations in rehabilitation, training, support, and resettlement services.

The report revealed that whilst the prison had a design capacity of 397, at the time of inspection it held close to 950 prisoners most of whom were ‘doubled up’ in single cells.

The prison population reported represents an increase of 20 per cent on the previous 12 months figures, with most of the increase attributed to an increase in remand prisoners.

WA Prison Officers’ Union Secretary John Welch said the previous Liberal National State Government had clearly left the Western Australian prison system in a state of crisis, and that this latest report was further cause for the new State Government to address the issue of over crowding in the state’s prisons as a matter of urgency.

“For both terms of the previous State Government, our members and this Union continued to raise concerns about the serious over crowding and lack of resources in WA prisons,” said WAPOU Secretary John Welch.

“Sadly this latest independent report shows the prison system is still struggling under an ever increasing prison population, and lacks the proper resources to meet the needs of both remand and sentenced prisoners.

The report noted high levels of unemployment and insufficient education, training and rehabilitation programs being available for prisoners.

“When prisoners are underemployed or cant access programs in a timely manner, they can become bored and restless, and this can sometimes lead to them lashing out, particularly at staff.

“Coupled with a spike in prisoner numbers, this has the potential to create a dangerous and highly stressful working environment for our Prison Officers.

“Whilst we acknowledge the significant financial challenges that the new State Government has inherited, the issue of overcrowding in WA’s prisons is well and truly at crisis point and has to be addressed urgently.”