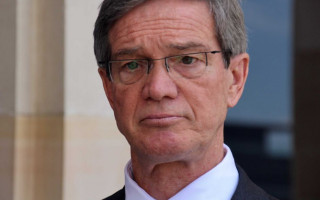 The WA Prison Officers’ Union (WAPOU) has condemned comments made by State Opposition Leader Mike Nahan (The West Australian, 9 December) about overtime being claimed by some public servants, and labelled them as an insult to frontline prison staff.

“The comments made by Opposition Leader Mike Nahan are ignorant at best, and a blatant slap in the face to hard working prison officers at worst.” said WAPOU Secretary John Welch.

"Mr Nahan clearly has no understanding of the drivers of overtime in Western Australian prisons.

“What Mr Nahan fails to acknowledge is that under the previous Liberal National Government’s watch, the prison population grew exponentially over the last four years, with no increase in staff levels.

“With high musters and overcrowding now the norm in WA prisons, we regularly need staff to carry out overtime in order to address staffing shortfalls.

“Without the hard work of prison officers filling the gap, our prisons simply wouldn’t function.

“After destroying our State’s finances, and overseeing the outsourcing and erosion of prison staffing as former Treasurer, Mr Nahan has quite the nerve to criticise hard working prison staff," concluded Mr Welch.