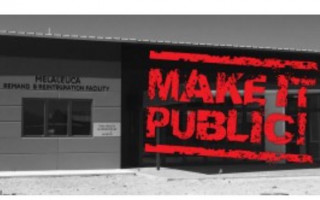 The WA Prison Officers Union (WAPOU) has welcomed the decision from the WA Government to bring Melaleuca Remand and Reintegration Facility back into public hands.

WAPOU has been campaigning for the government to take back control of the Sodexo run prison since it was award the contract in 2016.

The French multinational was not fit to manage a WA prison, which left WAPOU members to work in a disorganised and unsafe environment, with the worst pay and conditions of any prison officer in Australia.

WA Prison Officers’ Union Secretary Andy Smith said the union worked together with the department and government to create a safer model for Melaleuca.

“We wanted to ensure the safety of our members but also present a cost-effective strategy to the department to ensure the government could return it to public hands,” he said.

“This is a lesson to government, when you work hand in hand with those who are responsible for the safety of the prison officers who run it, you can come up with a model that is both safe and cost effective, without putting it out to a public tender process, which only reduces services and makes it an unsafe environment, not only for the prison officers but for the prisoners.

“The evidence shows privatisation of prisons has failed time and time again. Recently we have seen this in the US where this is most common, also in New Zealand the failings of Serco forced the government to bring it back in house, and we now have two prisons in Queensland that are in the process of reversing privatisation.

“In this incident Sodexo has failed, it has failed to turn a profit which is its sole reason for existing. By bringing it back in house it is now cheaper to run and safer for all.

“We have also seen this at Wandoo Rehabilitation Prison in WA, which has come back into government hands and is cheaper to run with better results for prisoners. Privatisation has failed, it is time to stop privatising prison services,” Mr Smith said.

WAPOU will be working with members to ensure a smooth transition from employment with the private provider Sodexo, to roles within the public sector.