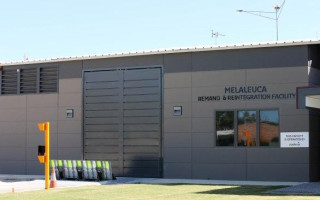 The latest incident where nine prison officers were hospitalised with smoke inhalation after a cell fire, is confirmation the prison’s private operator - Sodexo – is failing to provide a safe workplace.

WAPOU Secretary Andy Smith said, reports from members at the prison suggest fire extinguishers in the vicinity of the blaze had been tagged as ‘out of date’.

“We’re concerned the extinguishers were unsuitable for use due to their expiration date which may have contributed to the officers injuries.

“Members also told us breathing apparatus wasn’t available in the area of the fire – officers were forced to travel to another part of the building where the equipment was found locked up in a cupboard.

“By the time the equipment reached prison officers it was too late, the damage had already been done.

“Melaleuca has been riddled with problems for many years now, we’ve seen understaffing and inadequate training, a high number of assaults, breaches of safety guidelines and excessive drug contraband. It is only a matter of time before more staff are seriously injured,” Mr Smith said.

WAPOU hopes to work with the State Government to ensure a safer working environment for staff, but will await an Office of The Inspector of Custodial Services report on Melaleuca - due out next month - before taking further action.