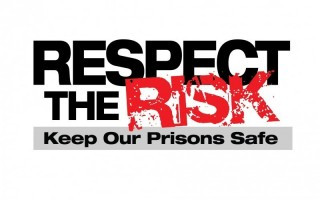 The WA Prison Officers’ Union is delivering in support of women’s equality in the workplace by sending two of our members to the Women in Male Dominated Occupations and Industries (WIMDOI) conference in November.

It is the first time WA female prison officers will attend and is supported by the Department of Justice.

The opportunity was discovered by the WAPOU Women’s Committee, which was established in October 2018 to support and empower women who are a minority in WA’s corrections industry.

The WIMDOI conference is a national biennial event for female members of unions in male dominated industries and aims to help women enjoy the deserved wages and conditions achieved through collective action.

WAPOU Secretary Andy Smith said the conference was a chance for members to discover opportunities from other industries across Australia.

“WAPOU is taking the lead on identifying and addressing barriers female officers face in corrections and is aiming to highlight the value women can bring to the industry,” he said.

“Working in prisons is a tough job and women prison officers are excellent at handling difficult situations but unfortunately often get overlooked for promotion.

“The industry has a history of being male dominated and the union is taking steps to encourage women’s participation in leadership roles and address systemic organisational barriers to women’s advancement,” Mr Smith said.

The conference runs from November 12 to 14.