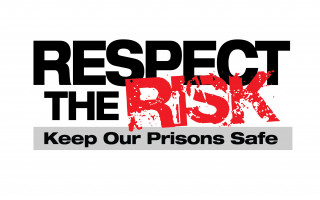 The WA Prison Officers’ Union is calling on the State Government to meet agreed staffing levels at all WA prisons immediately or risk further incidents.

The union’s members are not surprised a riot broke out at Greenough Regional Prison yesterday afternoon, with the facility running overcrowded and understaffed for the best part of the year.

WAPOU commends the tireless and extraordinary efforts made by all of its members across the state in the face of extremely difficult circumstances.

All officers involved in handling yesterday’s riot and escapes deserve the highest commendation and respect.  Many worked up to 24 hours straight alongside the Special Operations Group, WA Police and fire fighters to bring the prison under control. All concerned did a remarkable job.

“When staffing levels are low prisoners are locked up in cells for longer, with reduced access to programs and prison industry work. This creates frustration and eventually leads to serious incidents.

“Government budget restraints should not impact frontline services in prisons. When limited funding influences staffing levels it puts the lives of prison officers and the community at risk, and this riot is a prime example of this. The damage bill and human cost of this riot far outweighs any savings made by staffing prisons below agreed levels.

“Most WA prisons are in a powder-keg situation ready to explode, it is a system that is under immense pressure of overcrowding and understaffing. In 2013 WA’s prison population sat around 5000. Today we are rapidly approaching 7000 with no sign of slowing down.

“Regional facilities including Greenough Regional Prison are among the worst affected, recruitment is an enormous problem, there is a lack of incentive for prison officers in Perth to relocate to regional facilities such as Greenough.

“The State Government needs to commit to recruit immediately in order to meet agreed staffing levels in all WA Prisons,” Mr Ledingham said.