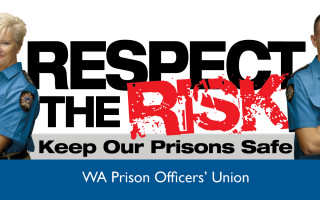 The WA Prison Officers’ Union (WAPOU) has welcomed the State Government’s announcement of a safer entrance for female prisoners at Greenough Regional Prison.

The new female estate is currently being built at the jail after the original was damaged in the horrific 2018 riot.

Last year WAPOU and members from Greenough Regional Prison unanimously rejected the government’s original plans for the female facility after it failed to eliminate the risk seen prior to the 2018 riot.

Since then Corrective Services Minister Fran Logan gave media a tour of the new sally port entrance, which is a separate access to prevent contact with males.

WAPOU Secretary Andy Smith said the union is pleased common sense has prevailed and the government has taken action.

“We are glad the government has heeded our concerns and has introduced the sally port entrance, which will solve the problem of the verbal exchanges between the male and female prisoners.” he said.

“The 2018 riots were an horrific experience for our members and the female prisoners. Getting this new facility right will minimize the risk of another riot.

“It’s disappointing it has taken this long and that the union and members have been pushed out of planning talks, but we welcome the news of a permanent sally port for the jail,” Mr Smith said.